Nick Sheehy is based in the UK, Sheehy is Australian by birth. His painstakingly constructed illustrations are created through a process of intense layering which builds into beautiful and fully rendered imagery. His character-based works have typically been produced in graphite previously but in this new series he continues to explore his development into the world of color with mixed media paintings. This has been a gradual process and these paintings represent another step on a journey away from the monochrome works, a palette which he says remind him of death, morning and loss, toward a fuller albeit still unnerving atmosphere. Exploring themes around conflict and constraint, aggression and repression, greed and destruction, Sheehy is not only commenting on his own experience, in what he describes as semi-autobiographical works, but also on our innate nature. 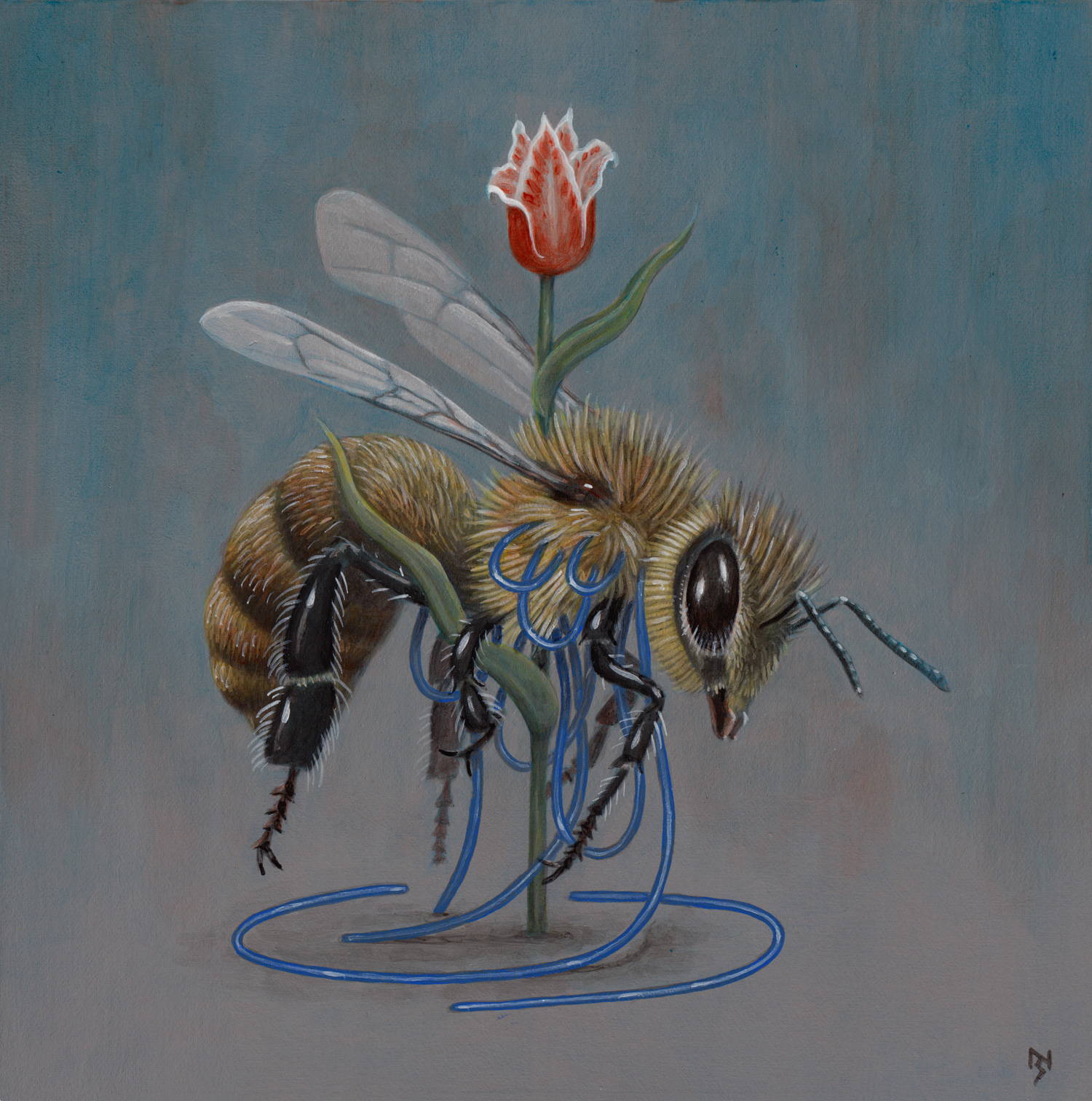 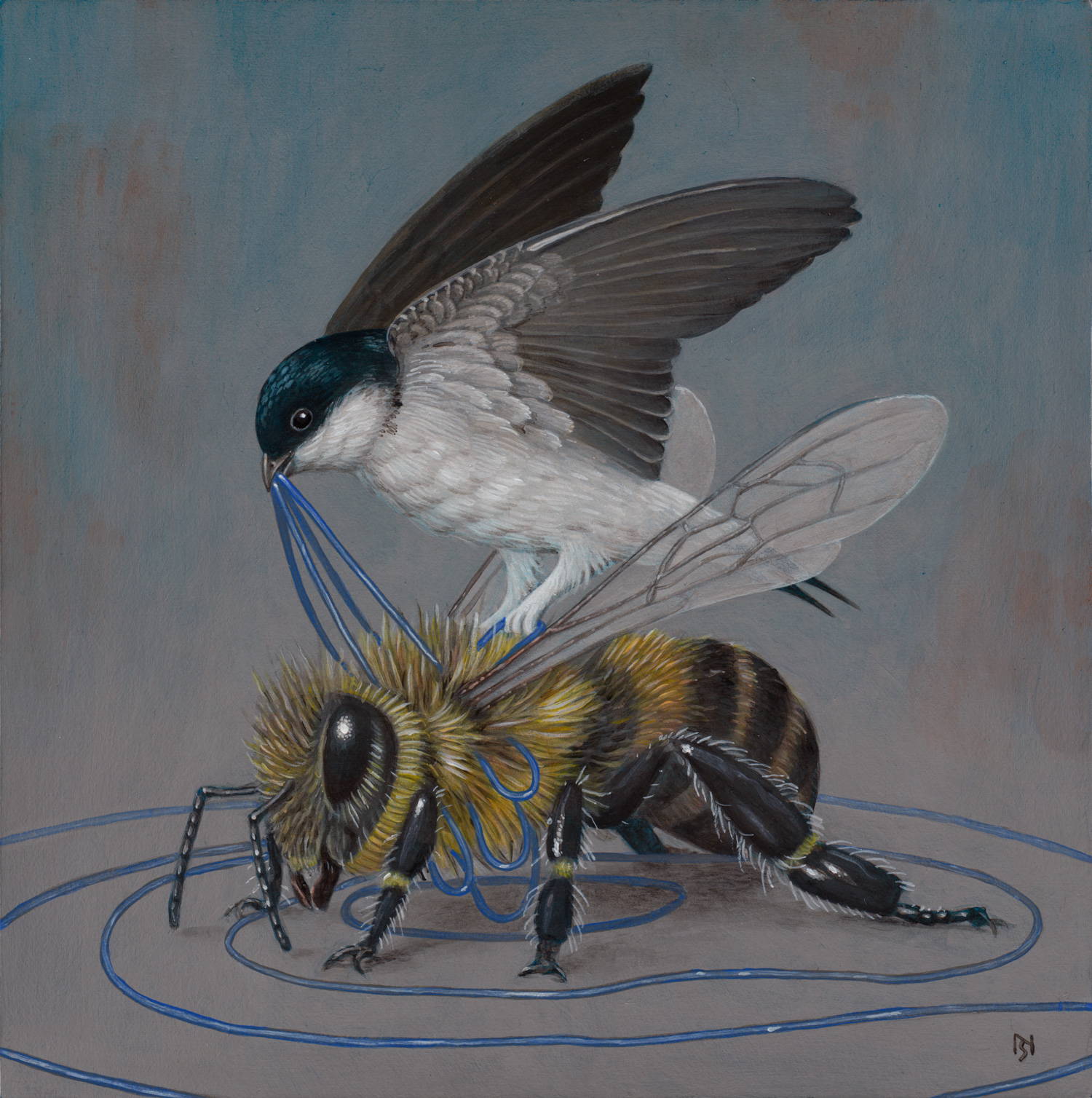 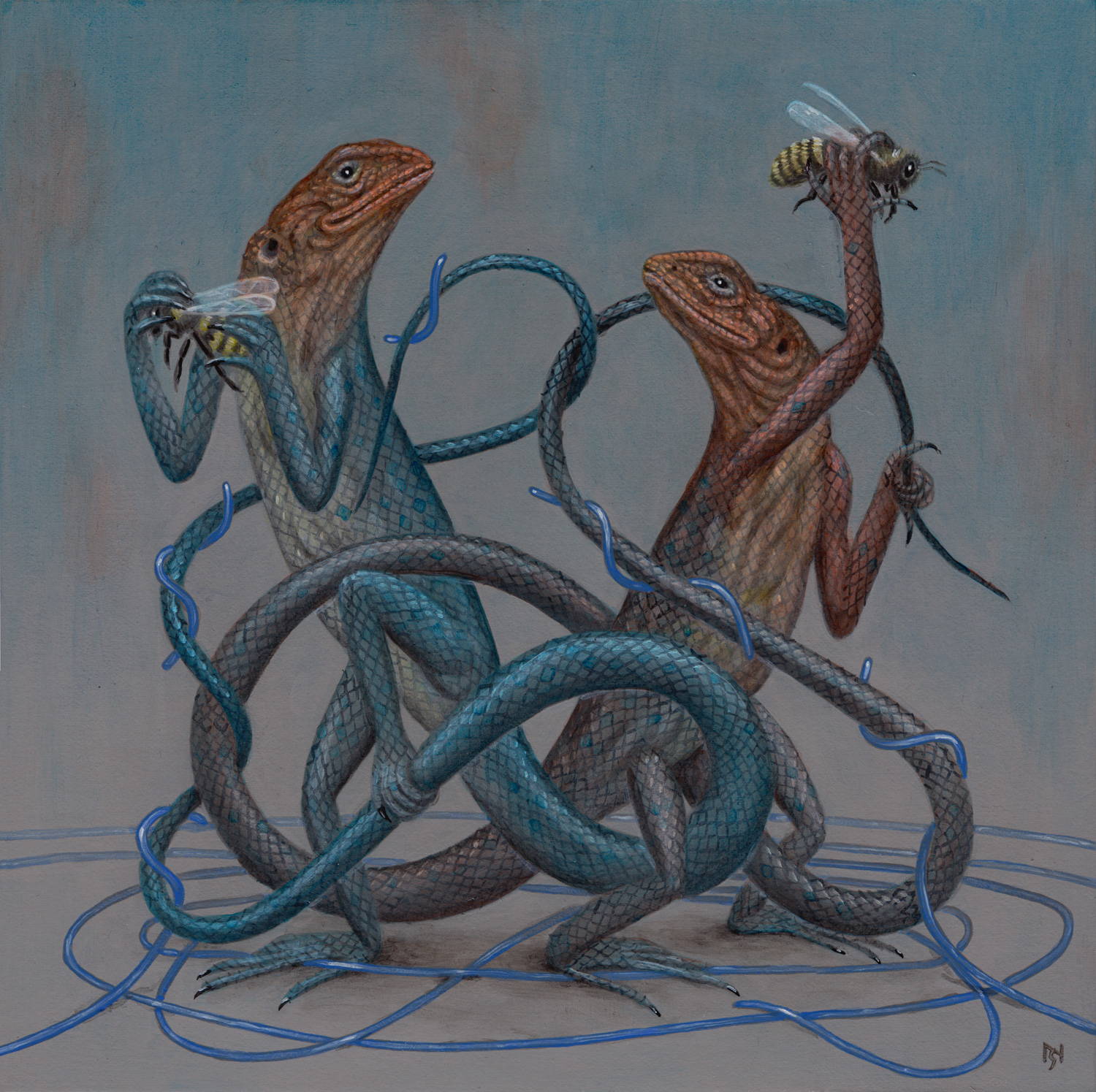 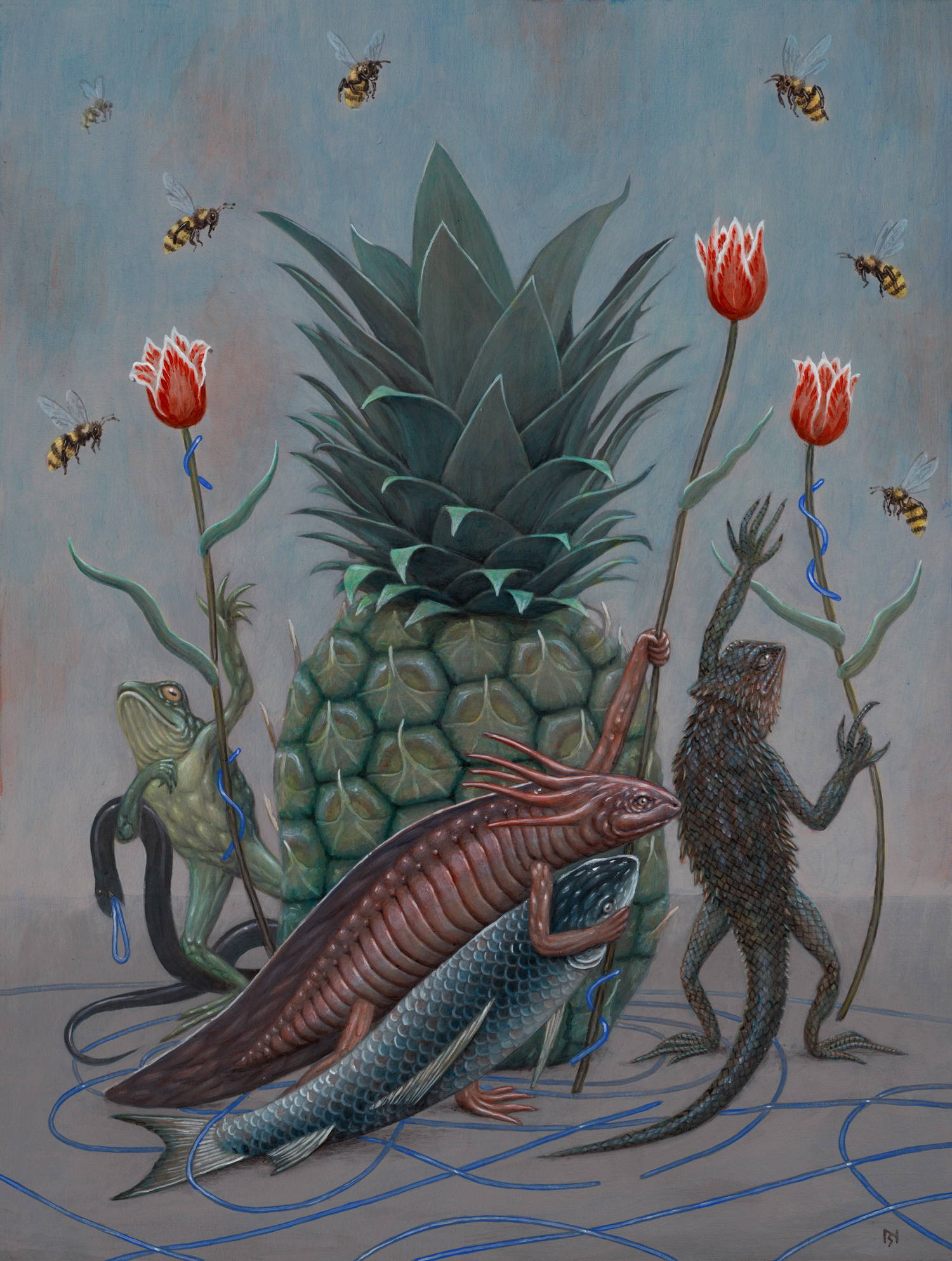 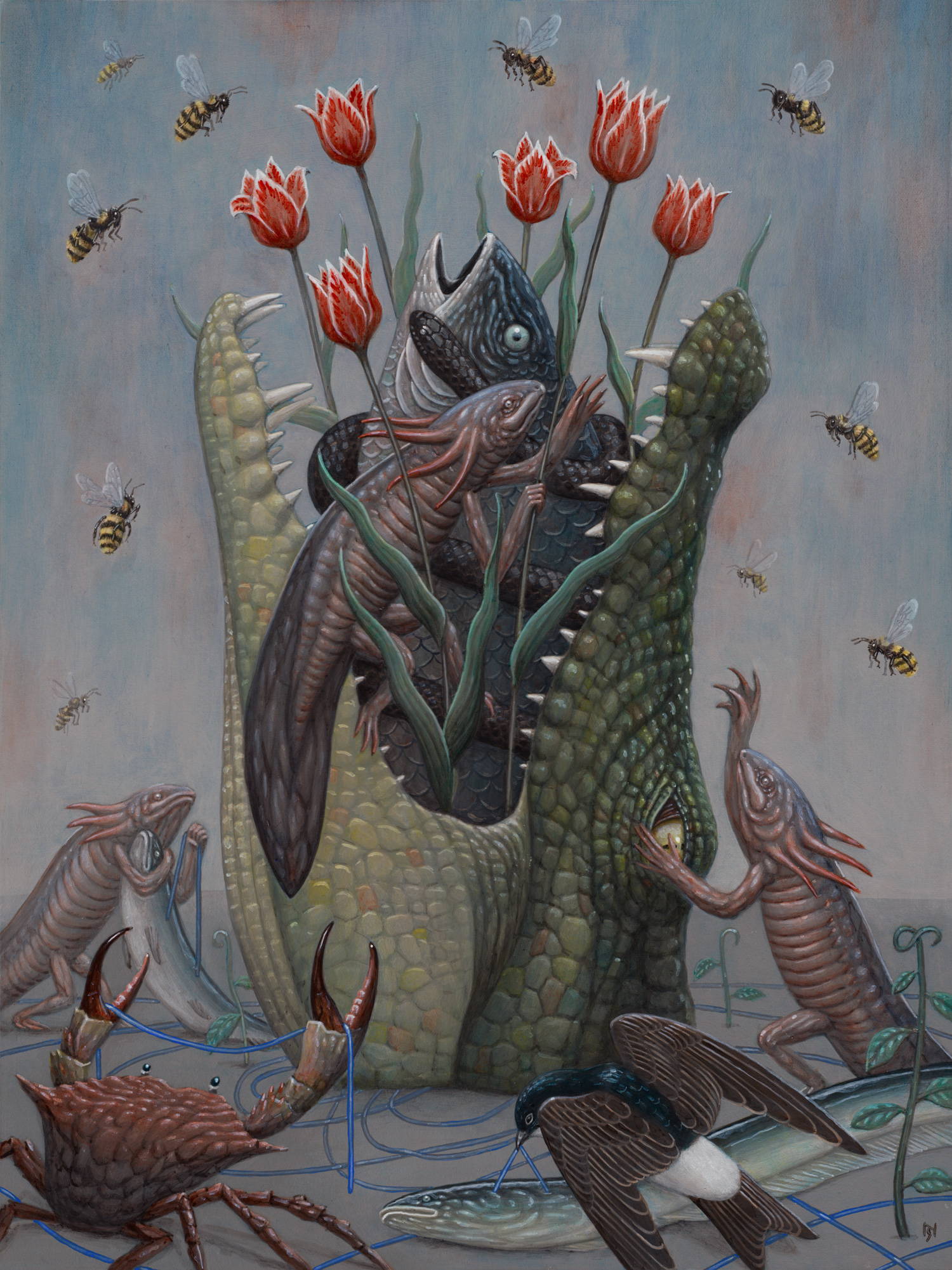 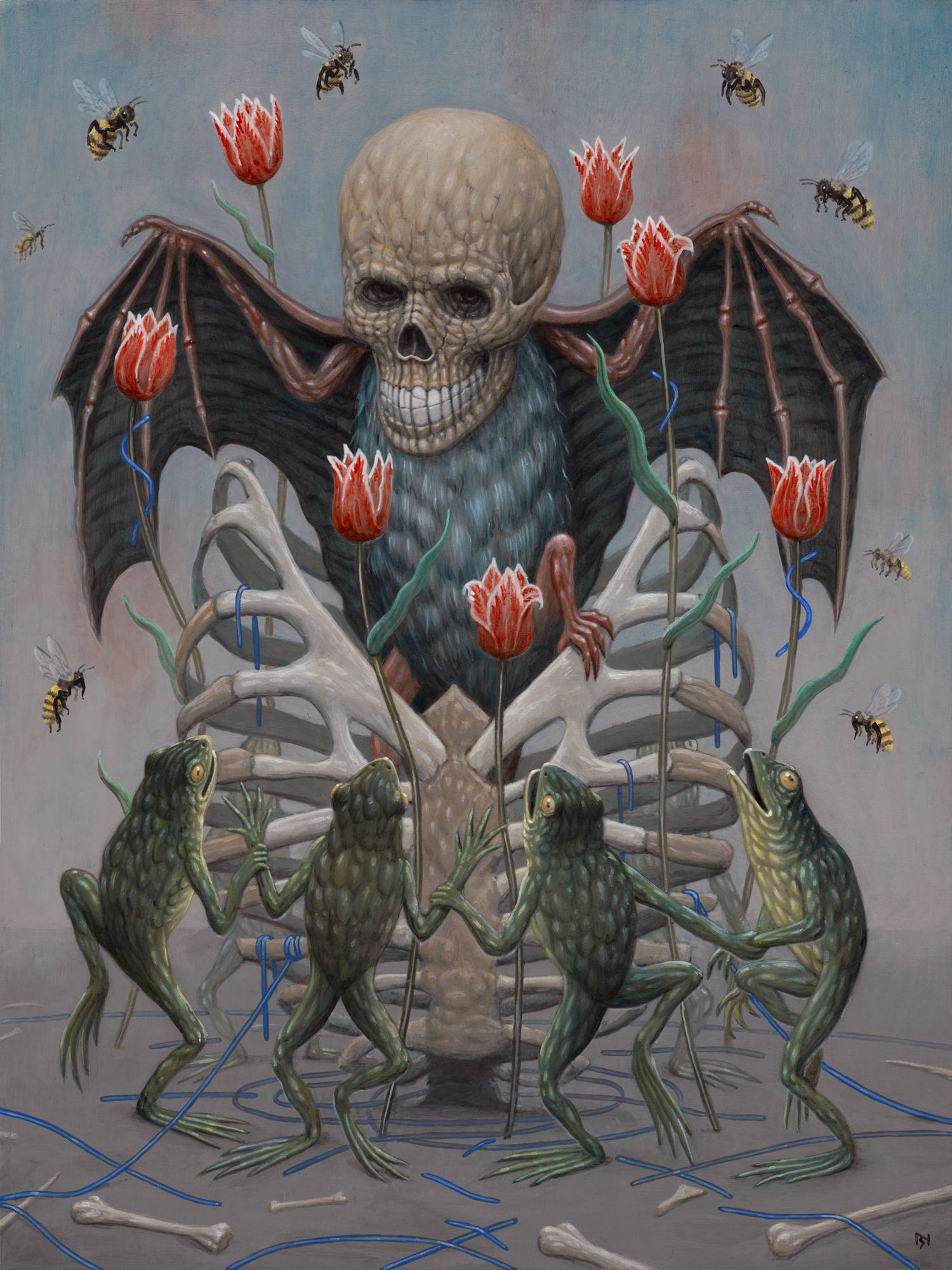